The role of Demand Side Platforms (DSPs) in the Digital Eco System is to aid digital media buyers in the purchase of online display advertising.  Examples of DSPs include MediaMath.

DSPs are normally used by both Agency Trading Desks (ATDs) on behalf of their advertiser clients and Direct advertisers.

DSPs allow advertising campaigns to work effectively, efficiently and intelligently across multiple sources of website inventory such as:

Capabilities of a DSP generally include:

Over the last few years, trading desks of some of world’s biggest media agency groups such as Aegis Group Plc (AMNET), WPP, Publicis, Omnicom Media Group, and Interpublic Group have all placed a major emphasis on integrating with DSPs to harness the strength of their capabilities.

As the agency groups start to benefit from better campaign performance, greater transparency on audience engagement, improved economies of scale and better ROI for their clients, the volume of campaigns being passed through from the trading desks to the DSPs will inevitably increase.

This will see the level of spend that would have otherwise been booked directly by the trading desks into each of the different sources of digital inventory, slowly start to decline.

In this highly competitive landscape, with the immense volume of ad inventory available, the onus is now on the ad networks to ensure that their inventory is of as high a quality as possible to remain connected with each of the respective agency DSPs.

This is important if they wish to retain as great a possible share of what will continue to become a more diluted ad spend in an age where the DSPs are enabling a more sophisticated and selective approach for media buyers to achieving all-round better performance for their ad campaigns.

Some of the larger (premium brand) direct digital publishers that have previously had their ad sales managed exclusively by third-party ad networks, have been forced to decrease the percentage of inventory that is managed by them as the efficiencies and profitability of standard ad sales representation has continued to decline in recent years.

The current role of DSPs in the Digital Eco System has driven these publishers to be proactive in sourcing multiple commercialisation opportunities for their inventory, thereby removing the over-reliance on any one specific third-party partner such as an ad sales network to deliver the core of their ad revenue.

These commercialisation sources include:

In this process, the initial difficulties faced by the publishers included:

As a consequence, this meant that publishers were not necessarily realising the optimum yield for each page of inventory into which ad space was sold due to the time consuming manual intervention required to implement, assess, analyse and optimise.

There was a real need for a platform that could resolve these problems for publishers. With this came a new technology into the Digital Eco System, which is known as a Supply-Side Platform (SSP).

SSPs automate the page yield optimisation of website inventory in real-time from multiple bids coming from different buying points. This helps publishers to achieve the highest possible return on all inventory sold.

The evolution from DSPs to AEPs

Programmatic: The Art of Supply 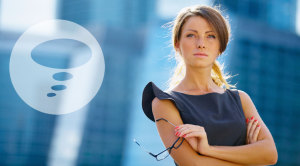