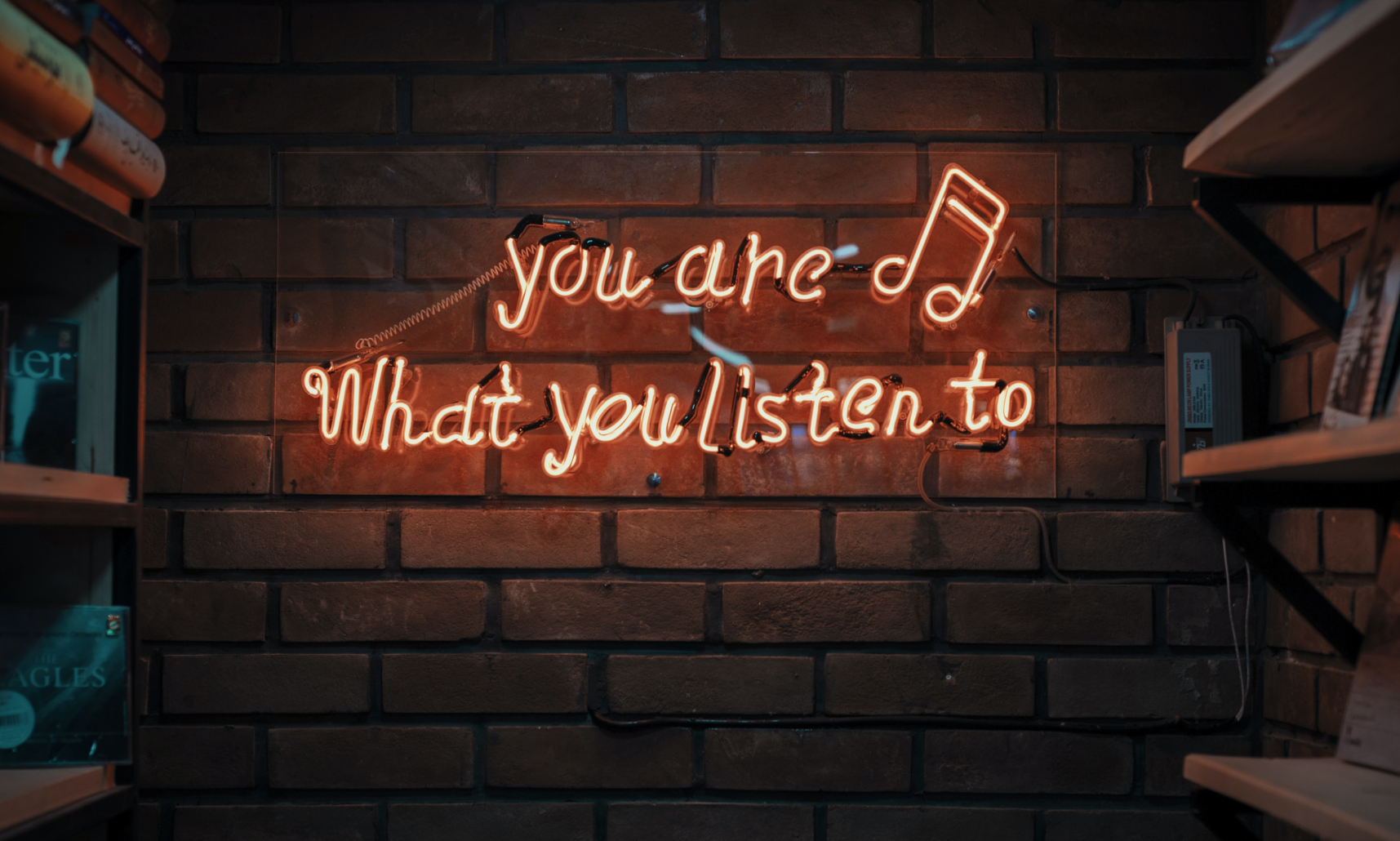 Let’s Talk-appella is the second instalment in an exciting three-part interview series with rising star and smoothmind ‘Celeste Terni’. If you missed the first, be sure to check it out here. In the second interview, we learn more about Celeste’s passion in life, how she ended-up being invited by the Obama administration to the White House, and whether she’s ready to be brave and take on smoothmind’s next challenge…

RAICHURA: Welcome back Celeste and thanks for taking the time to dive-deeper into your world with smoothmind! In our last interview, you shared your top tips to finding your passion in career and life, which was really well received by the audience. I could see we were only scratching the surface of your love for music and wanted to explore that further. Before we get into that though, I have a nice easy question for you to kick things off… which animal best reflects your personality and why?

TERNI: Thank you for Gopesh inviting me back to smoothmind! My spirit animal is without a doubt a seal. Most people call me Seal as a nickname, and it fits me well since I love to play in the water, be surrounded by my friends, and just like a seal, I will do anything for food and attention.

RAICHURA: That’s so funny Celeste! So just to be clear, this isn’t to do with your love for Seal, the singer? He had some great tracks back in the day!

TERNI: I can’t argue with that. I still sing ‘Kiss From a Rose’ at the top of my lungs in the shower sometimes! But no, my spirit animal selection has no connection to the singer. I use the username ‘Seal’ when I play video games online and always get a few people asking if I’m the actual singer Seal playing with them. Cracks me up every time.

RAICHURA: Love it! Now we’ve cleared that up; you mentioned in our previous interview that as you got older, you started working as a vocal coach at a music school called School of Rock. What inspired you to take that first step into vocal coaching?

TERNI: I was actually a student at School of Rock before becoming a vocal coach there. I soon became one of the older kids and naturally began to take on more responsibility with the different bands we put together. This was with my vocal coach and long-time friend, Hannah. My manager just asked me one day if I wanted to do it. Being only sixteen and never having had a job before, I just went for it. I had taken dozens of singing lessons in my life and knew I had the experience and tools to help other aspiring rock stars just like me.

RAICHURA: Glad to hear you followed the natural path of progression Celeste. Many people who have a love for singing often play an instrument or write their own songs. Have you been musically trained and if so, what instruments have you learnt and which is your favourite?

TERNI: Music is such a vast discipline with its own language, its own maths, and an amazing number of applications. I feel like I’ve barely scratched the surface. I grew up playing piano and of course, singing my heart out. Recently, I started learning guitar as well. I learned how to read music from a young age, which has helped me the most in my musical endeavours since I can pick up a piece of sheet music with a choir, a group, or a band, and be able to perform it right away.

That also helped me start to come up with some melodies of my own. I was never a brilliant lyricist, especially at 9 years old, but I always loved coming up with song ideas and writing them all down in my song book. Sometimes a melody would come to me in a dream, and I’d wake up singing it. Other times it was shower singing inspiration. I still remember some of the songs I wrote from way back then! They’re all bits and pieces of silly love songs, never fully finished.

RAICHURA: Sounds like a talent worth developing there. Have you ever sung live to an audience on stage?

TERNI: I have been chasing the spotlight ever since I was a little girl. I began performing on stage to live audiences starting with musical theatre and choir from a young age, which I did until I was 18. I was also in a high school A Cappella group with a few of my friends, which was my first introduction to A Cappella music.

When I went to university, things kicked into overdrive when I auditioned for and was accepted into our university’s best A Cappella group. It was called ‘The After School Specials’, or ASS for short. The best way I can describe ASS is an incredibly goofy and fun-loving group of people with more musical talent than I have ever seen before. Everyone was masterful with not only singing, but arranging music, choreography, producing, and directing the group. We constantly did live performances, from competing in the International Competition for Collegiate A Cappella (ICCA’s for short) in front of hundreds of people, doing small concerts in cosy nooks on our campus, and even singing on live television.

RAICHURA: That’s a whirlwind of a journey Celeste and what a spectacular acronym for the group name – no doubt you all had a lot of fun with that! Clearly though, your group were really successful. What would you say was the greatest success for the group while you were singing A Cappella with them?

TERNI: It was the passion we all had for music that really drove our success. I mean, we were full-time university students studying everything from Engineering to Maths to Biology to Literature, and we had to make time for A Cappella on the side. But we always showed up, no matter how many papers or exams we had to do, because we love singing.

What I’m most proud of us for accomplishing happened in my first year with the group. In 2015, President Elect Joe Biden had launched a campaign called ‘It’s On Us’ to spread awareness of sexual assault on college campuses. Diane Warren, a Grammy-winning songwriter and Lady Gaga wrote a song called ‘Til It Happens to You’ to support the campaign. Our group decided we wanted to do an arrangement of this song.

This somehow caught the attention of Diane Warren, who launched a music video competition for A Cappella groups, challenging us to cover that very song and make a music video. The highest voted by the public would get to perform at the White House for an It’s On Us event. Diane even invited us to her recording studio in downtown Los Angeles to record the song professionally with her team. I got to hold a Grammy!

We were selected as the winners of the music video competition and flew to Washington D.C. to perform at the White House with Joe Biden’s campaign on national television. This was most definitely the highlight of my life, and I got to do it all with my best friends.

RAICHURA: That’s an amazing accomplishment for the group – your families and friends must have been immensely proud of you all in helping to raise awareness of such a serious crime – this is the power of music! So you are both a singer-songwriter and have sung with various A Cappella groups. Have you ever-sung a song solo to a live audience or has it always been in A Cappella Groups?

TERNI: It’s mostly ever been with a group. I started performing on my own when I learned guitar and could pluck out some basic chords. I would perform around coffeehouses, on social media, and more recently, with the music group JamForce that I co-founded. They are always covers of songs that I like, sometimes with my own spin on them. I do enjoy performing on my own, but I miss the element of working with a group to make something sound beautiful – combining our talent just makes the music all the more powerful.

RAICHURA: That love song you started to write but didn’t finish… maybe that could be your first real step to releasing your own music? You have a diverse range of musical taste. Wouldn’t it be great if you could add some of your musical influences such as latin hip-hop, or love for guitar playing vibes to launch your first solo track to your very own song?

TERNI: I’ve always been unsure about actually writing my own music… it seems like song writing takes a lot of skills that I’ve just never worked on before.

But when I think about it, I actually have been writing songs since I was little, but like you said, only started but never finished. So in reality, I’m kind of halfway there. Sometimes the fear of failure gets in the way, but singing and writing music is something I love to do, so maybe I’ll finish that song.

RAICHURA: Okay, so it sounds like I have sparked a flame in your thoughts there on the topic Celeste. I know we are still in a difficult time with COVID and lockdown, but I believe based on your journey so far, the inevitable next step for you is to finish writing your song. This will enable you to make the next bold move of recording and showcasing your first solo song on smoothmind! Are you up for the challenge?

TERNI: Well Gopesh, I’ve got nothing but time. When the inspiration strikes, it’s hard to stop! I’m totally up for it. I’ll have to explore new realms of music making that I’ve never tackled before, like writing an instrumental, recording, and producing all on my own. Let’s see what I can do!

RAICHURA: That is amazing Celeste! No doubt the coming weeks in preparation to complete the task will present a whole new set of experiences for you as you undertake the challenge.

TERNI: Certainly. I’ll be outside my comfort zone, but that’s the state of mind in which we grow. Looks like I’ve got to go get started then! Thank you Gopesh for having me back on smoothmind and for the wonderful questions and conversation.

RAICHURA: Thanks so much for your time and for sharing your personal experience of the journey so far… you are doing tremendous things and I am confident this experience and next steps to follow will help open a whole new chapter in your life; one that the smoothmind community will find fascinating to learn more about in our third and final instalment of this interview series to follow. 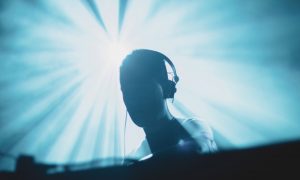 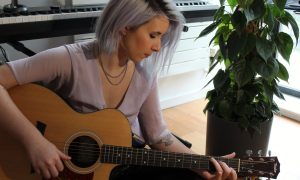 Unwind With Celeste Terni: Only A Dream 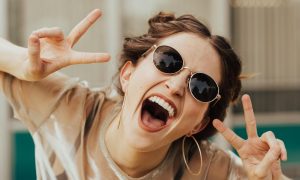 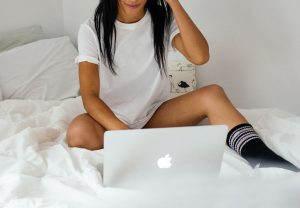 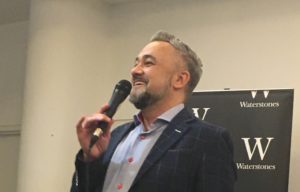