Beyond Earth, I wonder how civilisation will adapt to prevent future planets colonised from experiencing the effects of Climate Change seen here on Earth today.

In my opinion, some of the biggest factors contributing to Climate Change include:

With minor step-changes being made to path-correct, together with a need for a coherent, global, top-down and bottom-up approach in addressing the situation, is it possible to recalibrate the world’s natural eco system and protect it for future generations to come?

I believe our quest for advancements in technology and innovation can be used here to help drive positive change for a more sustainable planet.

It’s important to have objective data-driven insights when formulating an opinion. Check out NASA Goddard’s video below to see how the average global temperature on Earth has increased since the 1880’s through until 2020, which tied with 2016 as the hottest year on record.

NASA Goddard’s innovative use of data is a great example of how the combined effect of advancements in technology and effective use of data, together with intelligent use of web applications can be used to help influence positive change.

I’m not just talking about the use of data in this equation, but also about the fact that without space exploration and advancements in technology to have satellites in Space for example, this data simply would not have been available for to us to learn from.

The Conundrum As We Look Beyond Earth

The conundrum here is that in our pursuit of space exploration, we are further impacting Climate Change through the sheer amounts of fuel being burned by sending more rockets to Space. Reusable rockets, lowering costs of launches, and increased frequency of space launches will all continue to play a factor in this equation.

On the flip side, meaningful data insights coming from space satellites, as in the case of those used to feed the NASA insights, prove that that action needs to be taken now to help us path-correct.

The Clock Is Ticking

According to an article posted by The United Nations from a General Assembly high-level meeting that took place in March 2019 on the protection of the global climate for current and future generations, we have approximately eleven years remaining to path-correct to help protect Earth’s natural habitat for future generations to come.

It’s 2059 and we have succeeded in creating a sustainable Earth, albeit with some significant changes to the way we live our lives. Global controls are in place that have helped slow the pace of Consumerism. The global temperature is also reducing and the area of Perennial Ice in the Artic Sea is increasing. The population continues to grow but finite land mass has resulted in the development of large underwater cities across our Oceans.

The need to become a multi-planetary species has extended beyond the need to preserve life of the Human race back in the 2010s, as awareness of Global Climate Change became mainstream.

To mitigate the risks of overpopulation, it was important to ensure that our civilisation could continue to grow and advance beyond Earth. By doing so, it helped also to reduce the burden on the planet’s natural resources.

We have managed to colonise both Mars and the Moon, as well as having discovered friendly life beyond Earth thanks to an initial mission by the Europa Clipper that commenced back in 2025!

Life on Mars now has a population of around 250,000 inhabitants living under the planets’ surface, with a brand new communications network powered by new elements discovered on Mars, not previously classified in the Period Table of Elements.

Realtime data transfer and processing occurs with zero latency resulting in mind-blowing speeds. Together with advancements in Biomechanics, we are equipped with the ability to communicate telepathically, thereby making mobile devices once used on Earth, a thing of the past. In fact they are housed as part of a collection in the Museum of the 4th Industrial Revolution back on Earth, in an underwater city deep in the Atlantic Ocean.

Telepathic engagement has changed the way people engage with each other. Whether it be socially, in the workplace, in commerce, or with other services, they now have instant ways to connect.

The Intergalactic Border Control (IBC) replaced the International Space Station (ISS) back in the 2030s. SpaceX and Virgin Galactic merged to become ‘SpaceVirgin’. It established base stations on Earth, Mars and the Moon. A connected fleet of SpaceV autonomous drone ships powered by a sustainable energy source operate from each base station. They serve the roles of providing:

Recognising the need for enabling affordable underground homes on Mars for a population that was forecasted to rapidly grow to two million by 2064, IKEA was the first home living brand authorised by the Intergalactic Space Council (ISC) to establish a physical presence beyond Earth on Mars.

IKEA’s mission here was to commence the building and furnishing of sustainable, affordable underground homes. The contract was won off the back of the huge success achieved in bringing affordable homes to the masses on a Global scale back on Earth, which first started back in 2019 with an initial small-scale rollout in the United Kingdom.

With this, construction of the IKEA BoKlok factory commenced shortly after SpaceVirgin and NASA established the initial colony there. This was driven by an initiative led by the ISC to help reduce the population overload that still exists on Earth.

Reversing The Effects Of Global Consumerism

In our recent post ‘Driving The Industry Forward: Thoughts on the Evolution and Revolution of Sustainable Fashion’, we take a deeper look into the role that Digital Transformation plays and considerations for the Fashion Retail sector in reversing the effects of Global Consumerism.

Ultimately though, irrespective of the business industry, we all need to play an active role in planning-for and building-in processes, workflows and infrastructure that will support a Sustainable Earth.

How Will Your Business Evolve Beyond Earth?

As and when we begin to experience the life changes from a Space Evolution, will the services of your business still be relevant, will they need to be reinvented, or will they cease to exist? As our lives continue to be impacted by significant change from each industrial revolution, our priorities and needs continue to change, rendering many services of today redundant as new technologies come into play.

How will your business evolve Beyond Earth? 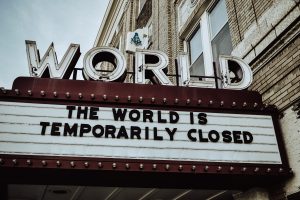